Talking about feng shui colours is not a matter of course. Indeed, many feng shui masters will tell you that the use of colour in our interiors is absolutely not foreseen in the ancient texts. Of course, traditional feng shui, which is thousands of years old, does not mention the use of colour on the walls of your bedroom or kitchen! Besides, were there several rooms in ancient habitats, sometimes not!
So why do an article on feng shui colours and introduce the notion, as I did, in my glossary? Simply because you have to know how to adapt to the time and place. The art of feng shui is, by definition, to harmonise energies and to favour the circulation of chi. With the flying stars, every year, every month, and even every day, we can play with the energy of the moment and adapt. And shouldn’t we evolve a methodology that is 4000 years old? For me, this is not logical.
In the West, we are particularly sensitive to colour. Very early on, through tapestries on the walls or tablecloths on the tables, we introduced colour into our homes. The decoration of our interiors gives them pride of place, and so much the better. Let’s take a look at the characteristics of feng shui colours.

I start with this colour because it is the favourite of Westerners and even of the French since statistics exist on the subject.
Difficult to make, it is not found in prehistoric caves or in Antiquity. It made its appearance in the 12th century, for religious reasons: since God is light, the skies began to be painted blue and the Holy Mary began to be clothed in an azure robe. From divine, blue became royal, then to the lords, then to the bourgeoisie… And when Prussian blue was invented in 1720, it was the indigo craze.

On the colour wheel, blue lies between green and violet. Its wavelength is in fact between 380 and 500 nm. It is considered one of the 3 primary colours (along with red and green).

In feng shui, blue is the colour of the water element. Which area of the house is associated with water? The North of course! So, in interior design, we will use blue when we want to harmonise this area. Referring to the production cycle of the 5 Chinese elements, we know that we can also use blue in the East and South East zones since they represent the wood element and water nourishes it.
Finally, in decoration, blue can only be combined with white and grey in the North, as metal nourishes water.
For more information on the colour blue, please read my detailed article, where you will also discover the psychology of blue.

Unlike blue, which we have just mentioned, red made its appearance very early on in our decoration: Mr. and Mrs. de Cro Magnon already had it on the cave paintings in their humble cave. It has been used ever since. And as there were several techniques for making it, red was not lacking in nuances.
It has always had this ambivalence: like yin and yang, red represents both good and bad, purification (by fire) and the flames of Hell.

Its wavelength is between 620 and 780 nm. It is the longest in the visible spectrum. It has a physiological effect on our body by accelerating the heart rate. The greater its intensity, the more physically stimulating it is.

In feng shui, it is used to nourish the fire element with which it is associated. It is difficult to use amaranth, brick or purple in decoration, whether in the bedroom, living room or kitchen. I sometimes have trouble convincing my clients that if there is one colour that particularly harmonises energy, it is this one!
I invite you to click on the link to my article on the symbolism of the colour red to learn more. 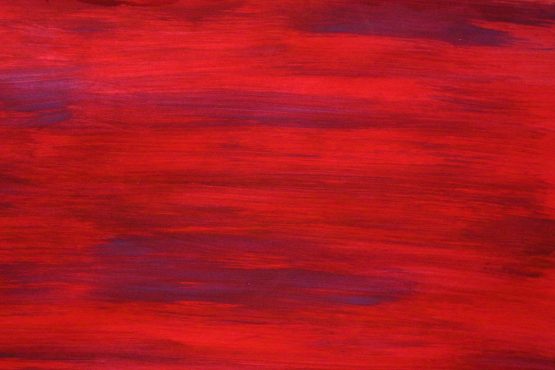 In the early days, yellow was quite popular. You can see a lot of it in Greek and Roman paintings in ancient times. Today, it is systematic. When I suggest the colour yellow to my clients, it’s double or nothing. I get either an “ah but yes, I love yellow but I didn’t dare” or a “yuck, I hate it”. It must be said that the colour yellow has had a bad reputation since the Middle Ages: the yellow dress of Judas, the yellow complexion of the sick, the yellow cuckold… All this does not help to make a reputation!
Fortunately, it is gradually coming back into favour in the rooms of our house. And that’s good! Indeed, the colour yellow is associated with the earth phase in feng shui. This means that yellow can be used in 3 areas of your home: the North East, the Centre and the South West.
In interior design, it works very well in combination with other colours. What is the element that nourishes the earth? Fire! So in feng shui, mustard yellow likes vermilion, spring yellow likes magenta…
To learn more, read my article on the symbolism of the colour yellow!

As I just mentioned, pink is, in feng shui, linked to the fire element. Yes, like red! This is something that my clients sometimes have trouble understanding. One can very well nourish a fire zone with a powdery pink! You don’t necessarily need a vermilion or a very strong shade like a fuchsia.
In my article on the colour pink, I explained that it is not a real colour because it has no wavelength. The rainbow is fine without it. So okay, scientifically, it doesn’t exist. But we can see it, can’t we? It’s thanks to our brain which manages to synthesise what is in fact a superposition of the wavelengths of red (fire), violet (fire) and blue (water). Everything is explained!

In decoration, it is a very popular colour. Widely used for little girls’ rooms, it is also often used in bathrooms.
Feng shui will avoid associating pink with blue or black, remember that the elements fire and water are not friends. We prefer to nourish the fire of pink with the tenderness of green or the delicacy of beige: these are the colours of the wood element.

Let’s talk about the wood element! In feng shui, to balance the chi and harmonise the energy of the East and South East sectors, we use wood. Obviously, we will also use “real” wood such as solid oak flooring, an English pine table, lush green plants (but no bonzaï or cactus!)… But as far as colours are concerned, it will be all shades of green and brown.
Green is very fashionable at the moment. And that’s great because it represents a beautiful energy of growth and change. From sage green to emerald green to fir green, there is no shortage of choice!

The wavelength of green is between 490 and 573 nm, i.e. it is located between blue and yellow on the colour wheel. It is the colour of balance, perfectly perceived by the human eye which makes no effort to distinguish it.
I let you read my article on the colour green to know its history and the place of green in the world. 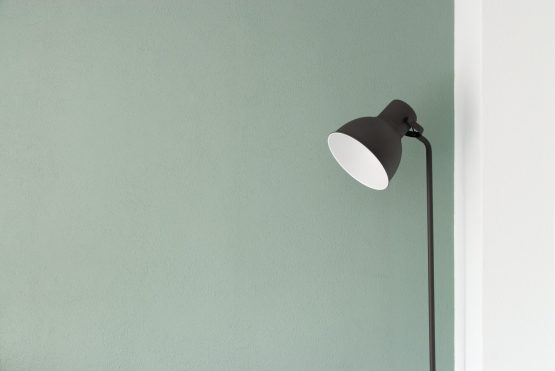 We have loved white since prehistoric times. Its symbolism has always been beautiful: it is associated with purity, virginity, peace, cleanliness… In interior design, it is everywhere! And even, if you want my opinion, a little too much… Indeed, my clients often tell me “I left the walls white, it’s neutral, and like that, there’s no risk of making mistakes…”. However, in feng shui, as you know, white is not neutral: it is the metal element. And as much as we like metal in the West and North West, it is not at all beneficial for the energy of the Wood areas and should be limited in the Earth areas! That makes 5 areas of the house for which white is not recommended… Do you see what I mean? Go for colour, dare to use it! The shade and the nuance are of little importance so start with creamy beiges, powdery pinks, baby blues… soft feng shui colours to balance the chi!
To learn more about the characteristics of the colour white, I invite you to read my dedicated article.

I started this page by mentioning the colour blue, the colour of the water element in feng shui. Well, it shares this element with black. It has no wavelength, or rather, it has all wavelengths as it is said to be the sum of all existing wavelengths.
Very difficult to obtain in ancient times, it was little used. It was not until the austerities of the Reformation that its use became more common, especially in textiles.
In decoration, it was most often used in small touches, but this is changing: we see more and more, in decoration magazines, walls entirely in ebony. A beautiful matte black can highlight colourful paintings like in a photo album! And then black slims down… even the rooms! So it’s great for creating cocooning spaces.
In feng shui, it can be combined with white for a super classic but still chic look… but only in the North zone! Indeed, in the West and North West zones, white (metal) can be used but not water because water controls metal…
Read my article on the symbolism of the colour black!

I hope you enjoyed this page on feng shui colours. I repeat, even if the use of colours is not part of the thousand-year-old feng shui principles, using colours in association with the compass school makes the benefits even more powerful, especially in our western environment. So why go without? 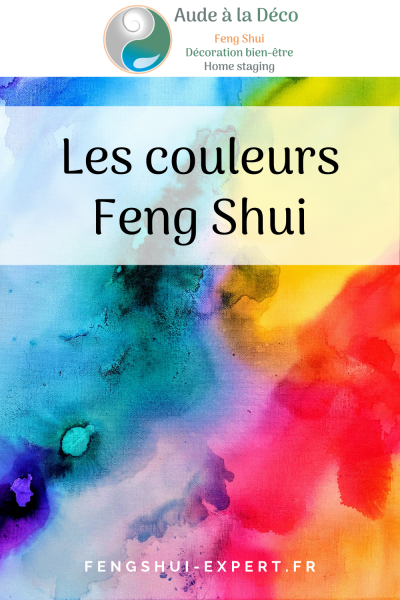