Colours speak to us! They have a direct impact on our mood, our thoughts and our behaviour. Each colour has its own wavelength, its own frequency. Colour is not just a visual stimulus, it causes chemical reactions that send messages to the brain.

The way in which colours are combined is also important. Colour harmony goes far beyond the associations suggested by the colour wheel. This is what Angela Wright (a pioneer in the field who defined the Color Affects System theory) calls tonal harmony. I’ll explain in detail.

The first known theory of colour comes from Aristotle, in his work “De Sensu”: he suggests that all colours come from black and white, colour coming from the rays of light. He developed a system of colour classification from white at noon to black at midnight.
This system remained in force until Isaac Newton, 2000 years later, solved the mystery of the rainbow and developed the first colour wheel.
A few years later, Goethe introduced the notion of emotional and physiological experience: colour is not just a visual phenomenon, and the brain processes information differently in different individuals.
Carl Jung, for his part, linked four types of temperament to four colours: sunshine yellow (joyful, enthusiastic), cold blue (neutral, analytical), earth green (calm, comforting) and fire red (determined, reckless).

In the 1970s, Angela Wright took all these theories and created a unified theory of colour psychology. Her “Color Affects Systems” postulates the existence of patterns in the visual spectrum that are reflected in human behaviour. We are all psychologically affected by colour. She suggests that each hue affects specific psychological modes, thus influencing the mood and behaviour of the observer. Her principles also show that all colours can be classified into one of four groups. The group a colour falls into determines how it will affect a psychological mode.

What is colour psychology?

It is the study of how colours affect us. It is the effects of electromagnetic radiation from light on human mood and behaviour. Colours generate a psychophysical reaction and the study of psychology tends to analyse this reaction.
It is not a question of colour symbolism, more related to the conscious associations that individuals are conditioned to make, depending on the place they live in or the religion they practice, etc. Symbolism is a cultural response.

Colour is energy and the fact that it has a physical effect on us has been proven time and time again. The shorter the wavelength, the stronger the underlying physical effect. Colour is nature’s powerful signalling system, the universal, non-verbal language.
In practice, colour psychology works on two levels. The first level corresponds to the fundamental psychological properties of the eleven basic colours. The second level states that each colour has potentially positive or negative effects and that this depends on personality types and relationships within the colour combinations.

This leads to the theory of tonal harmony, a major principle of Wright’s theory. 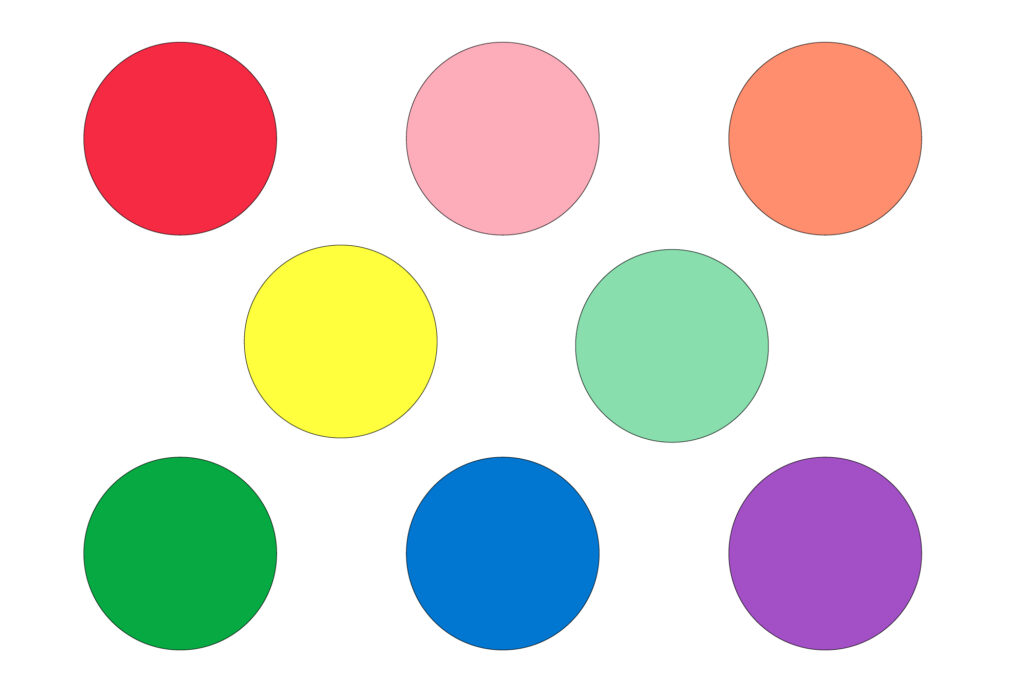 The colours in the first palette are clean, clear and fresh. The shade is warm because it contains yellow. They are light because they do not contain black.
In spring, after the winter months, everything is full of vitality, nature comes back to life. Birds chirp and spirits rise.
At sunrise, the colours are very bright, as a new day begins and the sun returns.

The personality that reflects all this is rather outgoing, spontaneous, and eternally young. These individuals love to dance, are friendly and cheerful. They are often very intelligent. They enjoy outdoor activities (picnics, walking, jogging). They have a knack for taking care of many things at once, which sometimes makes it hard for them to concentrate on one particular activity. They may appear superficial and frivolous. Their emotions can be fragile. 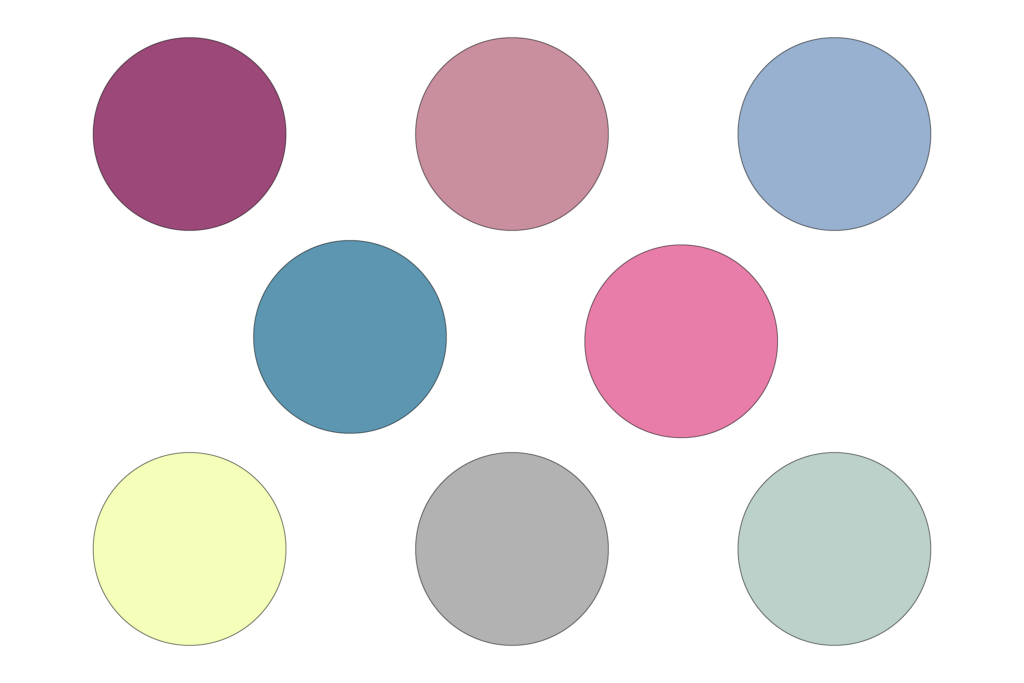 The colours in the second palette are cool, subtle and delicate. The hue is cool because it contains blue. They also contain a tinge of grey, which is what gives them their freshness and elegance.
In summer, the earth dries out, the leaves lose their bright green colour, the pink is soft (lavender, wisteria). The harsh light of a bright sun fades the colours. It is time to relax, in a shady corner.

The personality associated with this colour scheme is generally calm and serene. These individuals are internally motivated, but also very sensitive to what others are feeling. They are composed. Their humour is subtle and often dry; they can be very witty. They do not like to be in the spotlight and prefer to watch others dance. They can appear shy, aloof and indifferent. 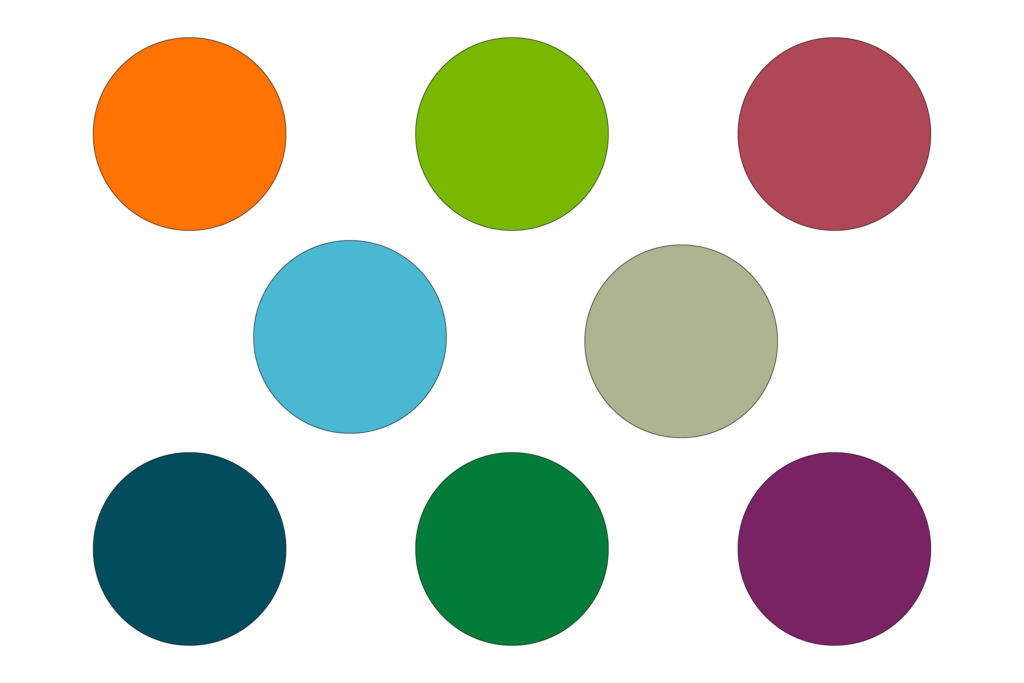 The colours of the third palette are warm, yellow-based. They are rich, fiery and quirky. Each colour has a dose of black in it, which is what gives them their intense, vivid quality. For example, olive green is a yellow mixed with black, but black itself does not belong to this group.
After the summer, nature turns to gold, red, rust, brown… It is no longer flowers but leaves. The energy is that of taking root.

The personality that reflects the autumnal palette is warm and rooted. Like the first palette, it enjoys outdoor activities. However, these people are more intense, stronger, fiery. There is a strong desire to learn and understand. Their rebellious and eccentric side can be annoying, and they are sometimes even authoritarian. 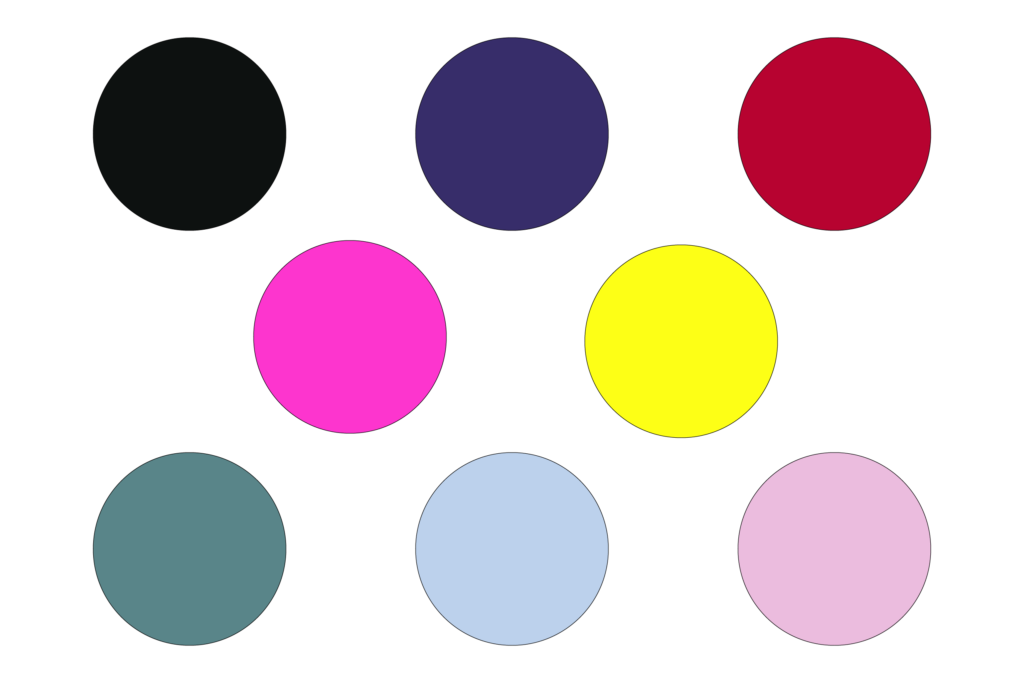 Finally, the colours in the last palette are cool, as they contain blue, but are either very light, very dark or intense. There are no midtones, no subtleties.
When the snow falls in winter, the sounds and colours are muted. The landscape can become pure white. So this is the only palette that contains true white and true black. In winter, without foliage, the contours are sharp and clear, the contrasts are strong.

The people associated with this winter palette are not half-measures and automatically command respect. They are glamorous, sophisticated and minimalist at the same time. They are not easily diverted from their goals. These individuals are self-confident, sometimes innovative. Efficient, focused, they are elitist and can appear distant, hostile, and cold.  The challenge for Type 4 personalities is to pay attention to the feelings of others.

As we have seen, Angela Wright has classified colours into 4 palettes, and associated these colour groups with 4 personality types. Determining one’s own colour profile allows us to define the colours that do us the most good, both in terms of decoration and wardrobe. It also helps us to understand why, sometimes, colour combinations bother us. When there is a “false note” effect, it is sometimes because the tonal harmony is not respected. 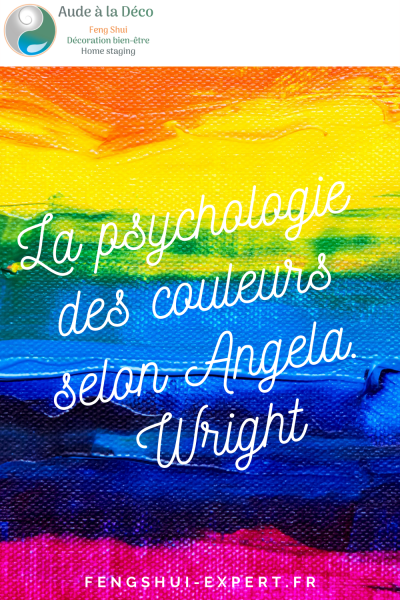 Read also the symbolism of the colour :