As I know you like “before and after” pictures, as do all those who are interested in interior design, here is a new one. It’s not about a client, but about my own country house.
We bought this house just over 10 years ago and frankly, there was a lot of work done and money spent on its renovation. As is often the case with old houses (this one is said to date from the early 20th century), you discover the extent of the damage as you go along. I’ve written about the country house “saga” in the “Souesmes” section of my other blog, if you’re interested!

Today I wanted to share with you the last big change we made to the house: there was no floor, just an attic. We insulated it, put in roof windows, drilled a hole for a staircase… so that we could turn this attic into a sleeping area. We were also able to add a shower room. 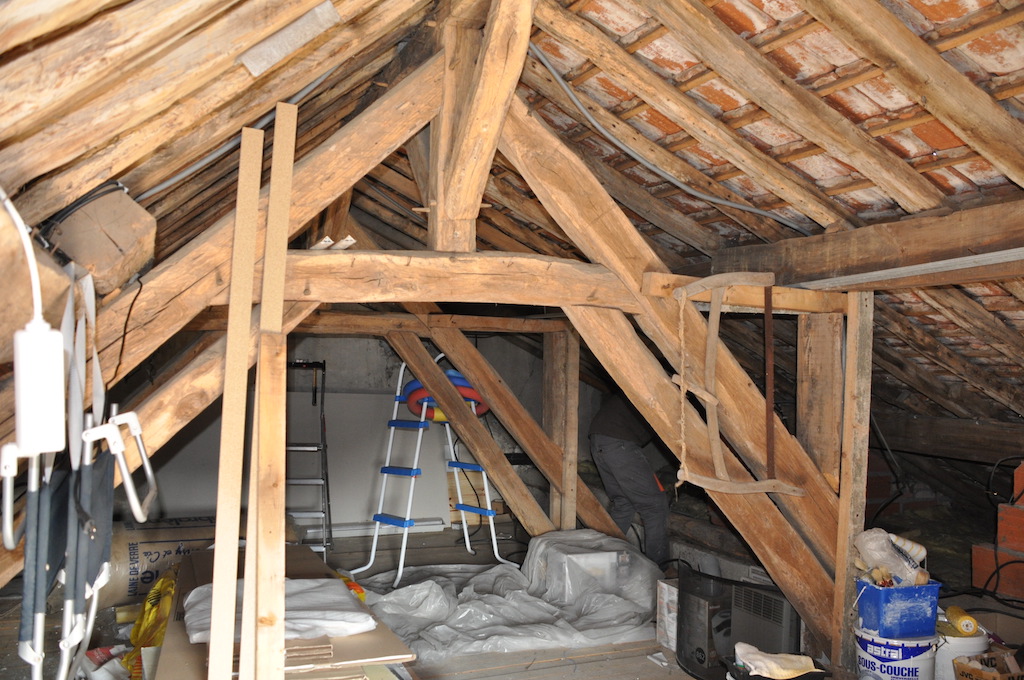 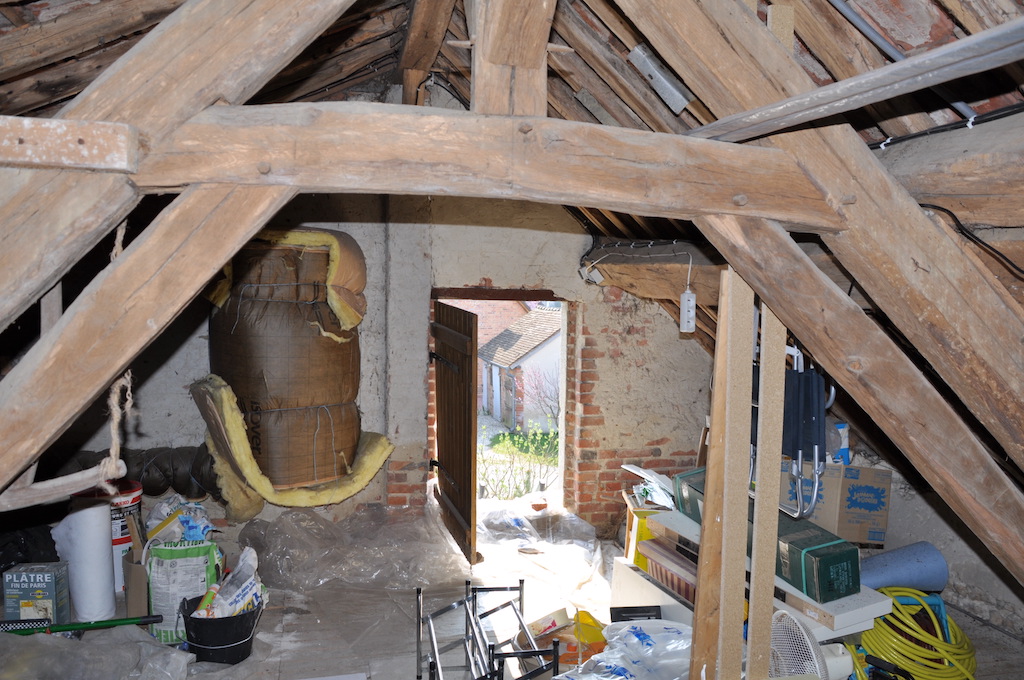 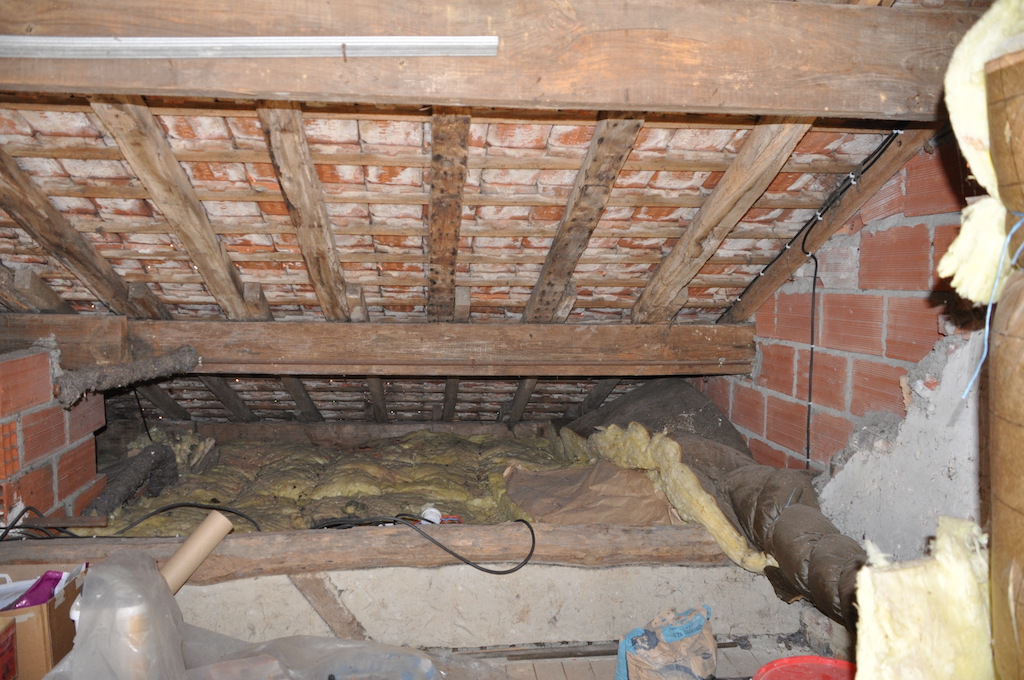 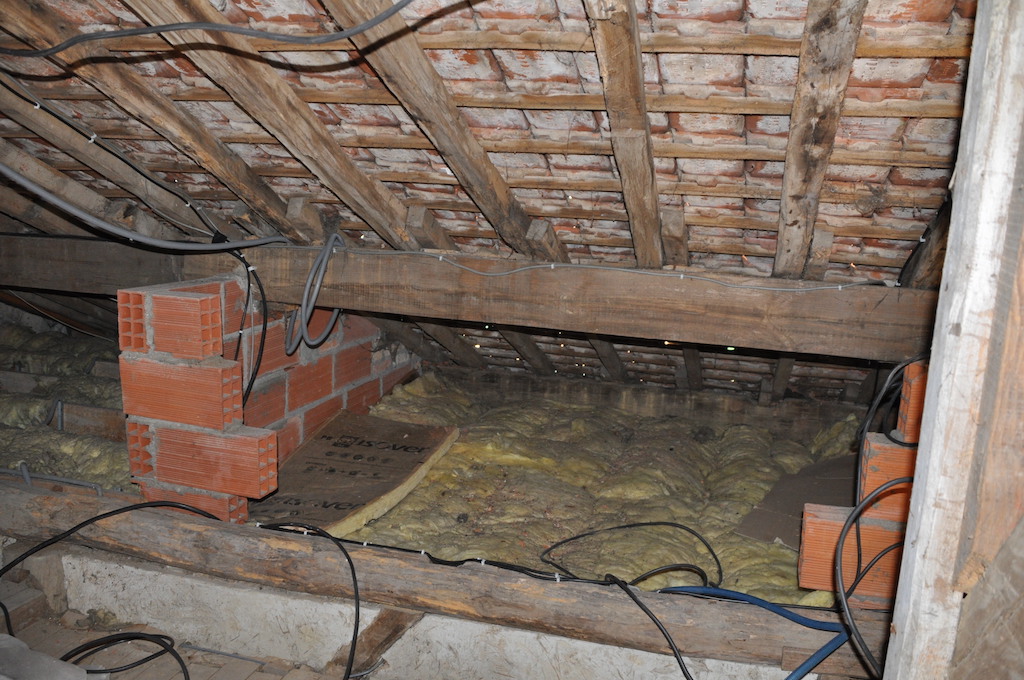 The first step, which seems like nothing… was to declutter everything. We used to store in the attic because the house doesn’t have a garage.

You can see from the first photo that there are two hindquarters: even though I’m not very tall, I still have to bend my head down to get from one space to the other. We decided to keep them as they are, without trying to modify the structure to eliminate them. The cost would not have been justified.

To access the attic, we used a ladder (my pet peeve) outside the house. At first we wondered whether we would put a staircase outside (this is common in the village) as it would greatly limit the cost. But as we wanted to create a dormitory in this new space, especially for visiting friends, we couldn’t see them going outside in their pyjamas in the morning to have coffee in the kitchen!

A hatch was therefore drilled in the living room (not easy as the ceiling has beams every 20 cm!). The door/flap in the attic was replaced by a window. We also had 3 roof windows installed: one in the shower room, one above the new staircase, and one above the largest sleeping area. 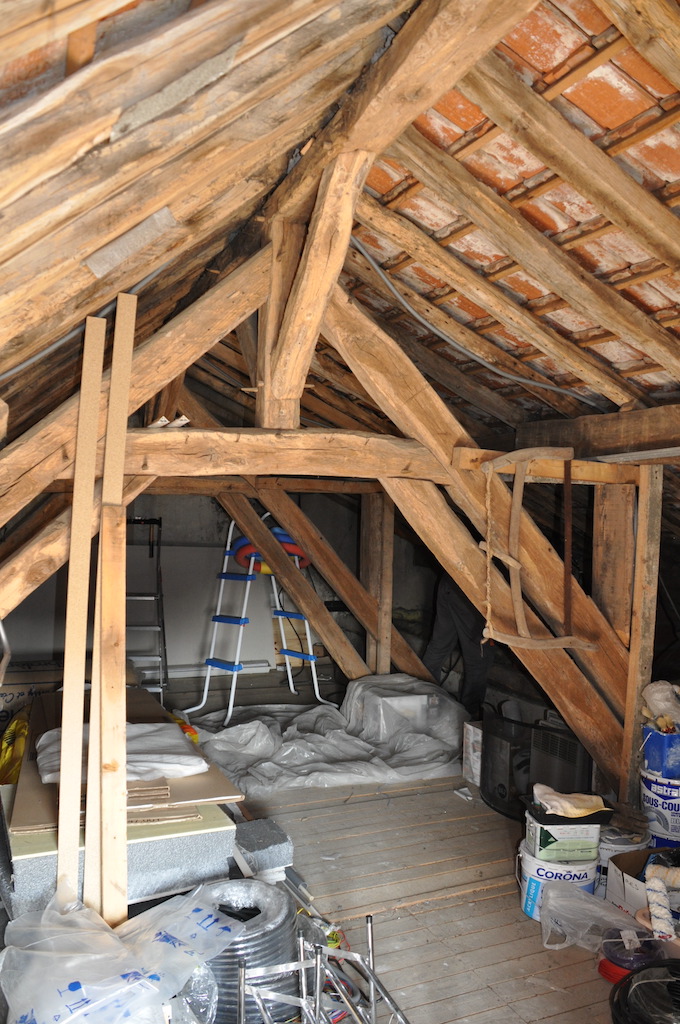 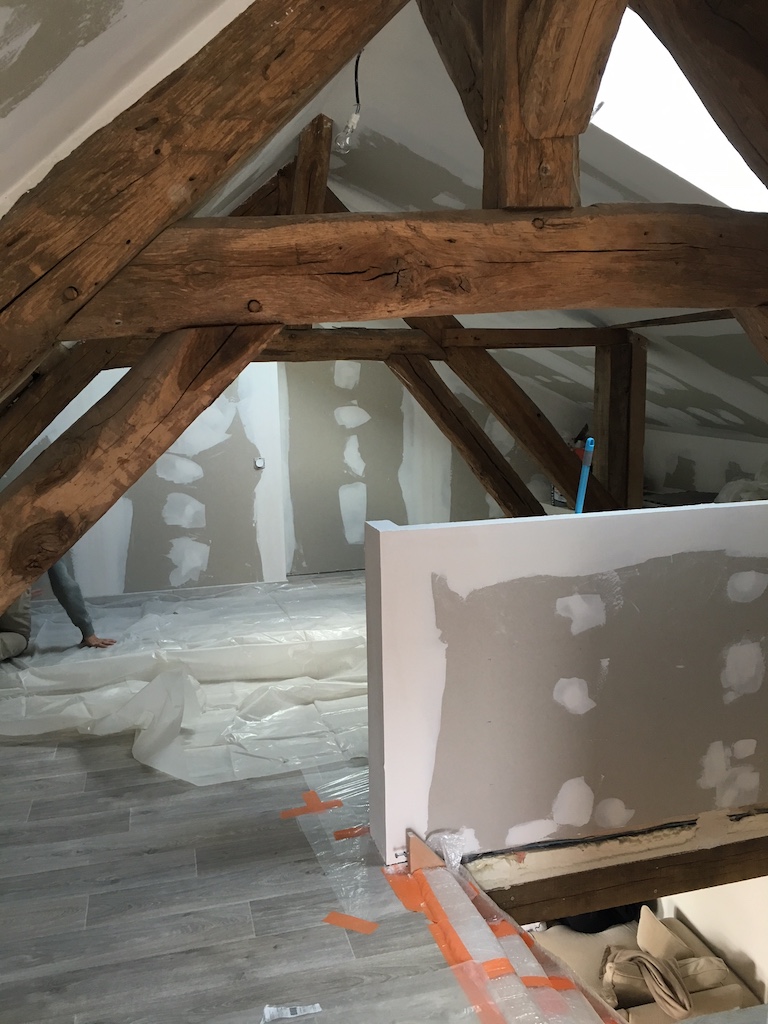 We hired a company to do all the structural work. We then took care of all the painting, especially of the beams, which we chose to do in grey. 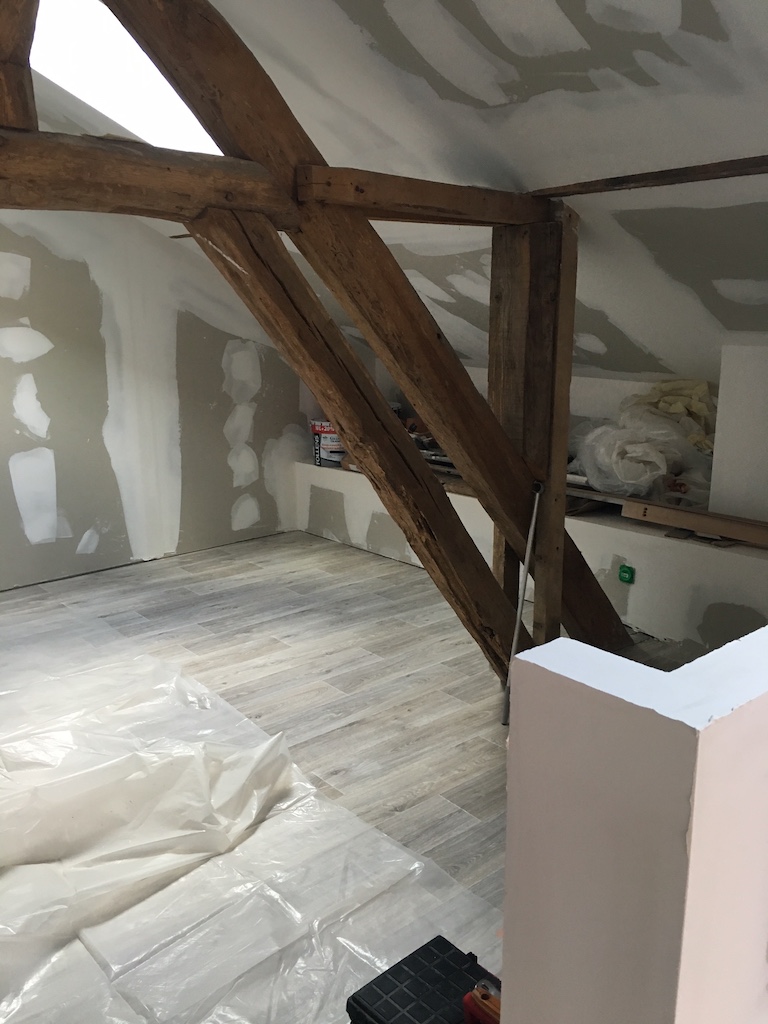 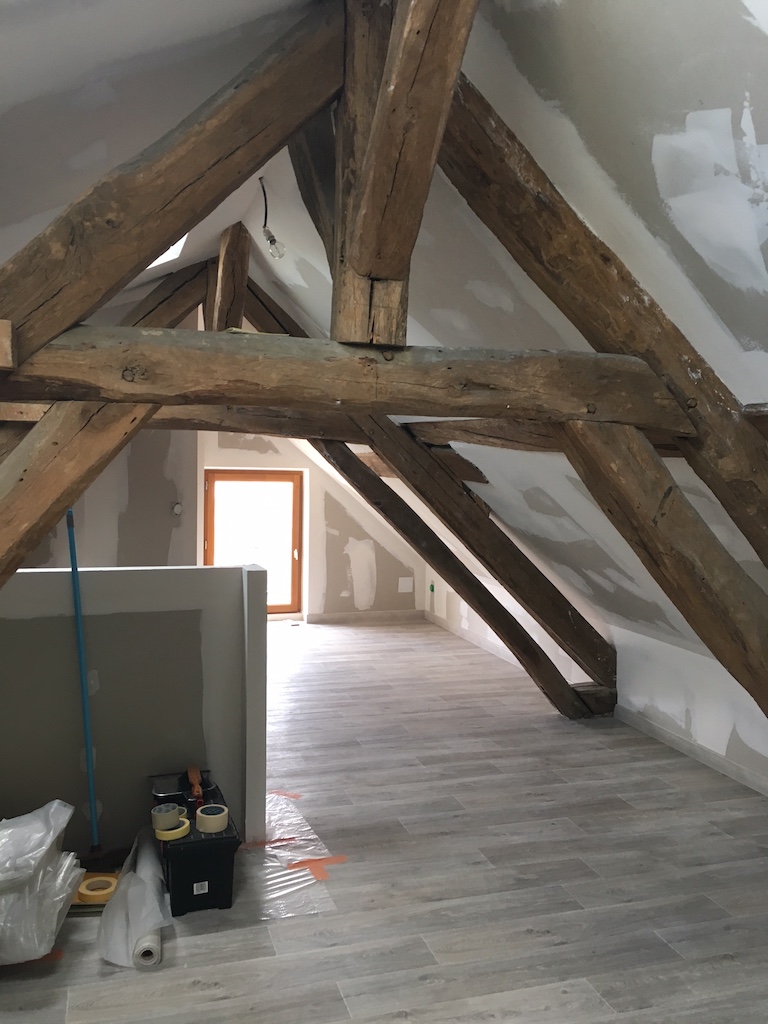 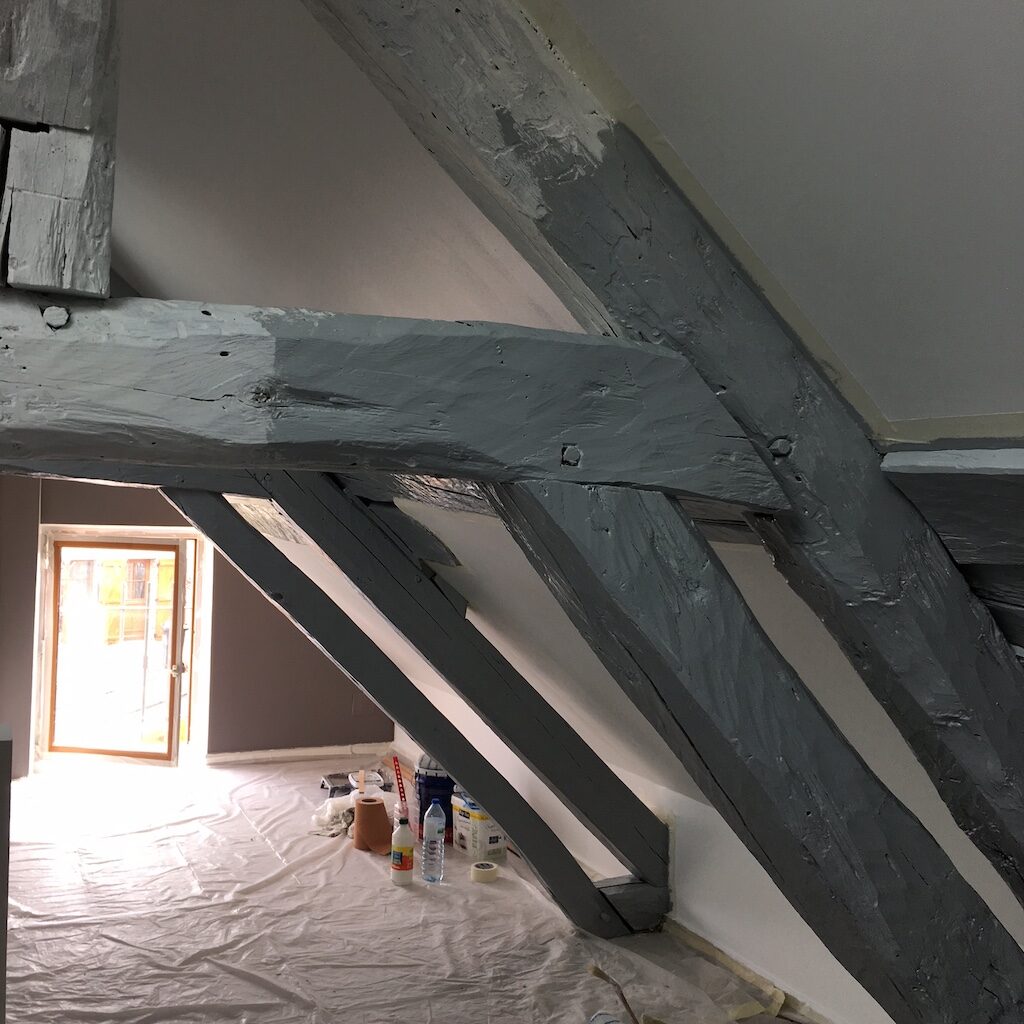 For the layout, we wanted to put in as many beds as possible to accommodate lots of friends, and a few chests of drawers for practicality. I must admit that we didn’t try to make it look pretty. Given the large budget for the work, the furniture was not redone, it was essentially salvaged! 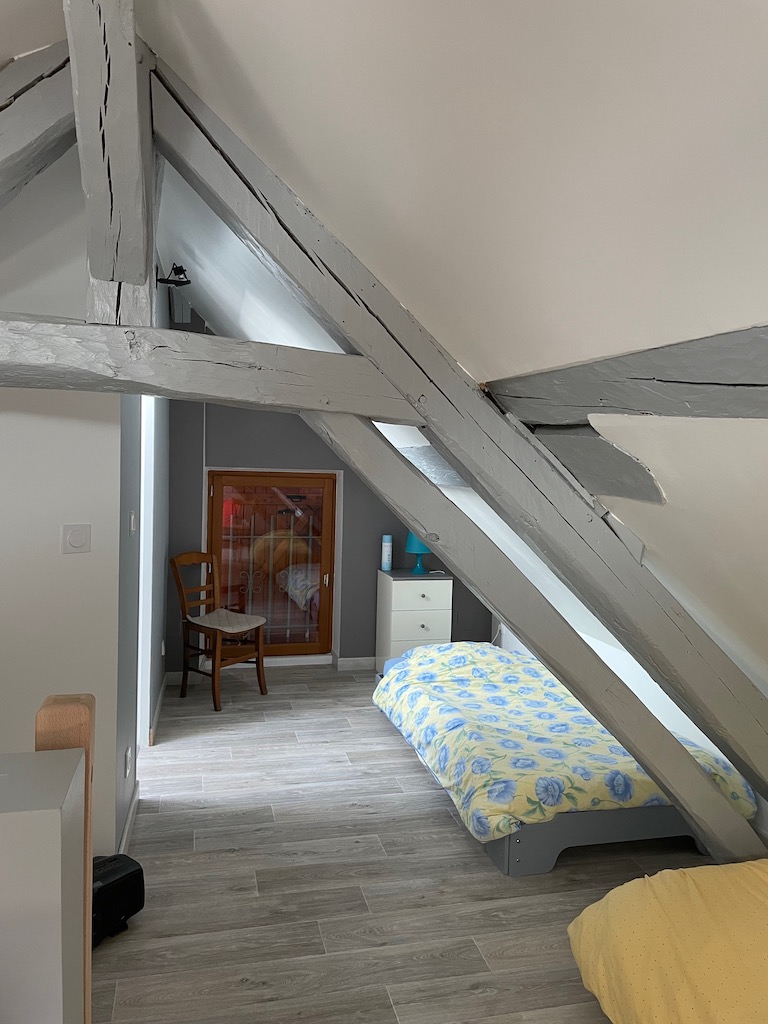 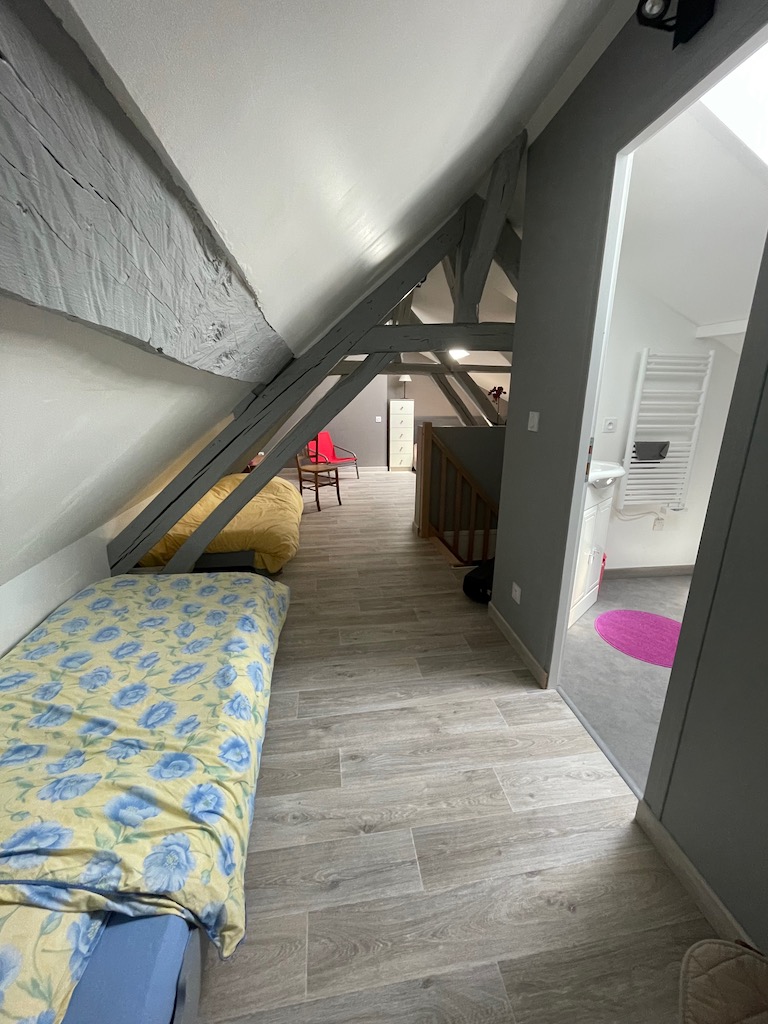 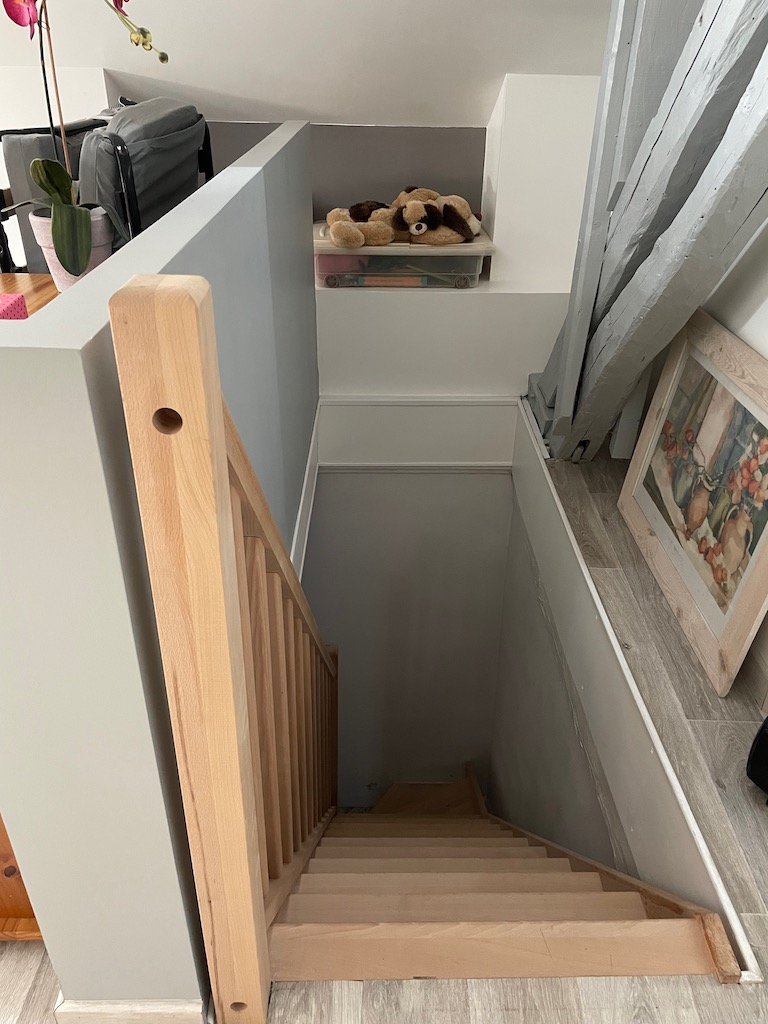 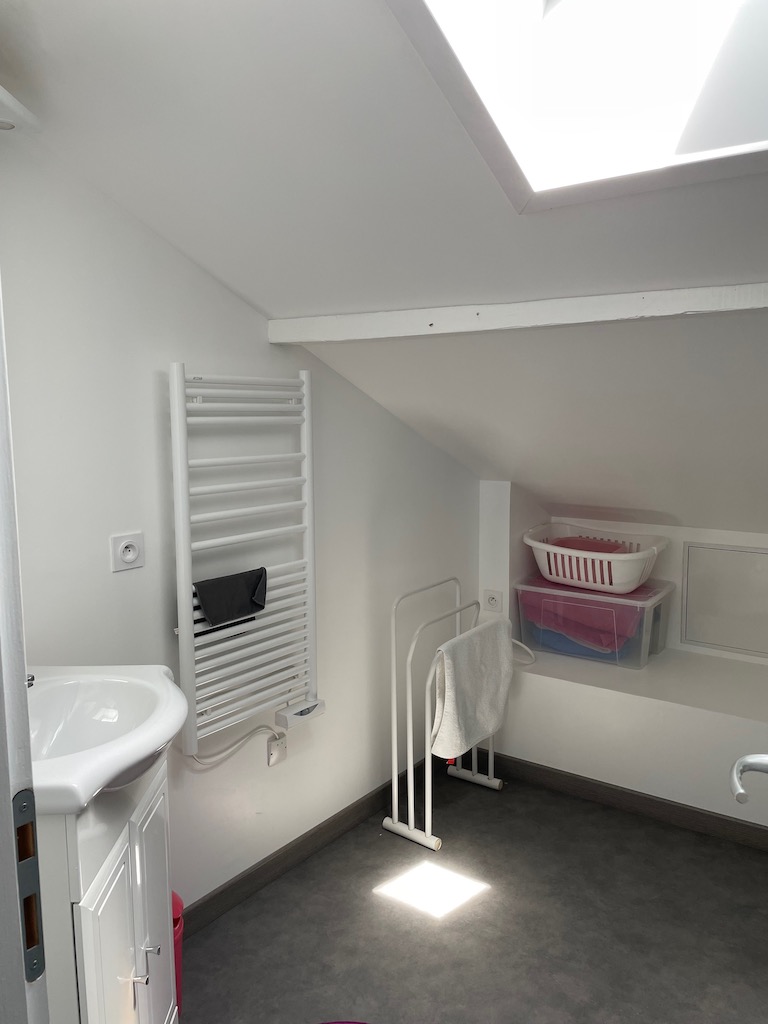 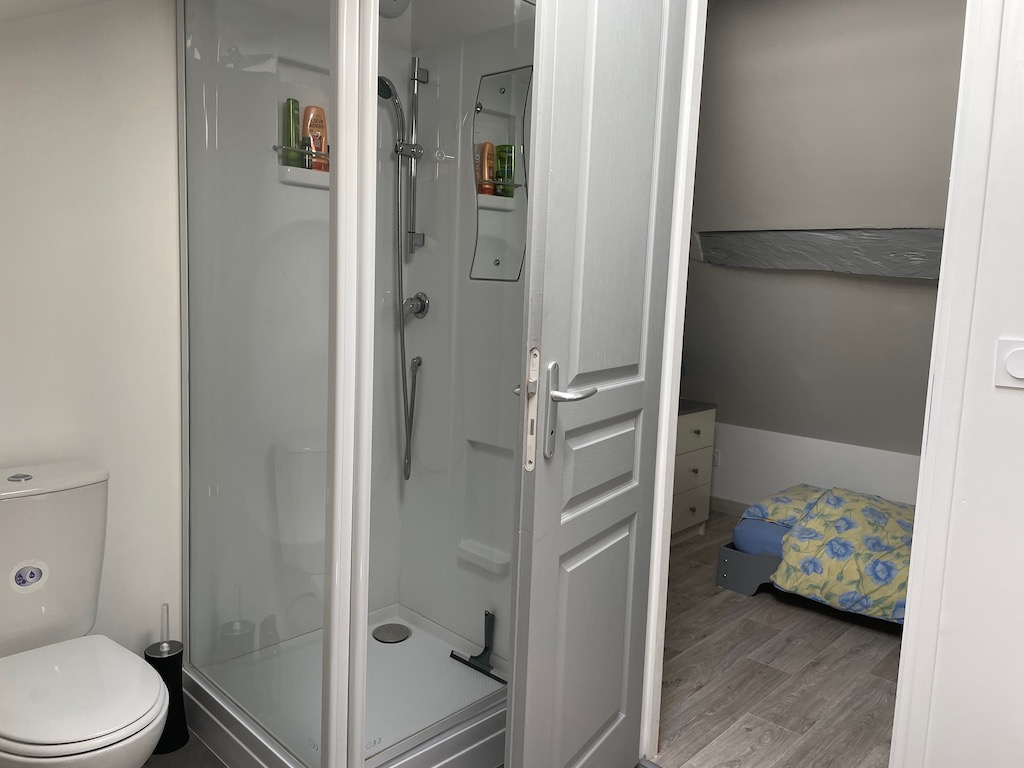 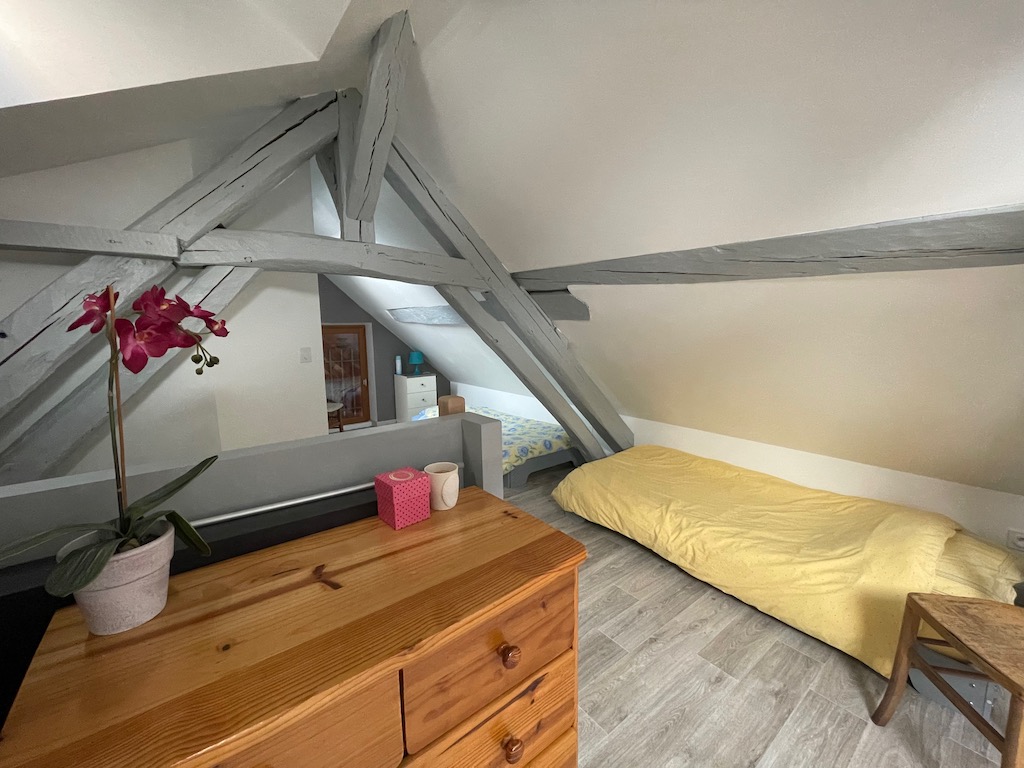 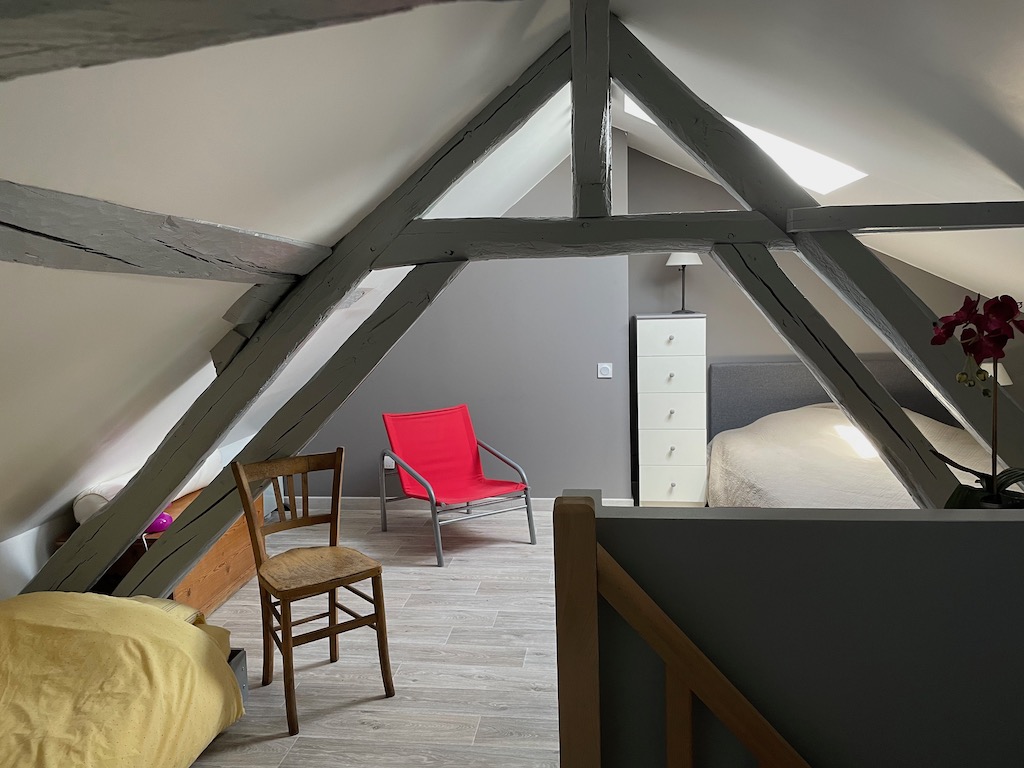 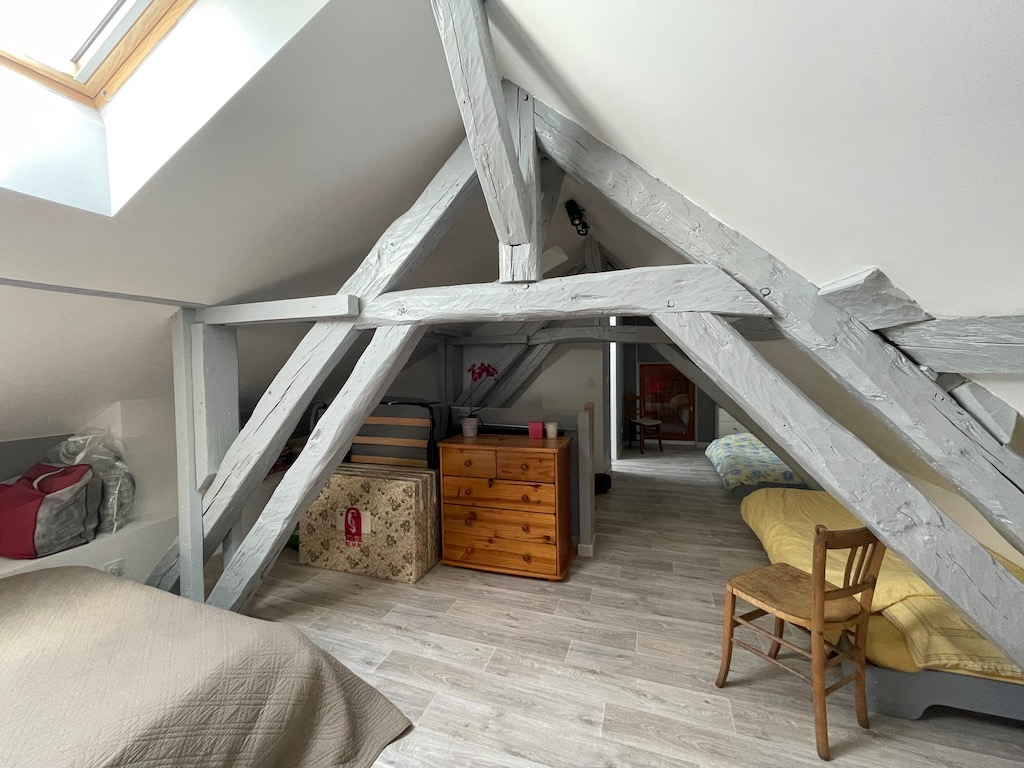 We were able to put in 1 double bed and 2 single beds. There is also room to put a double mattress on the floor. So when our group of friends comes to spend the weekend in Souesmes, there are 6 people upstairs and 4 downstairs (the downstairs room + the sofa bed) 😉 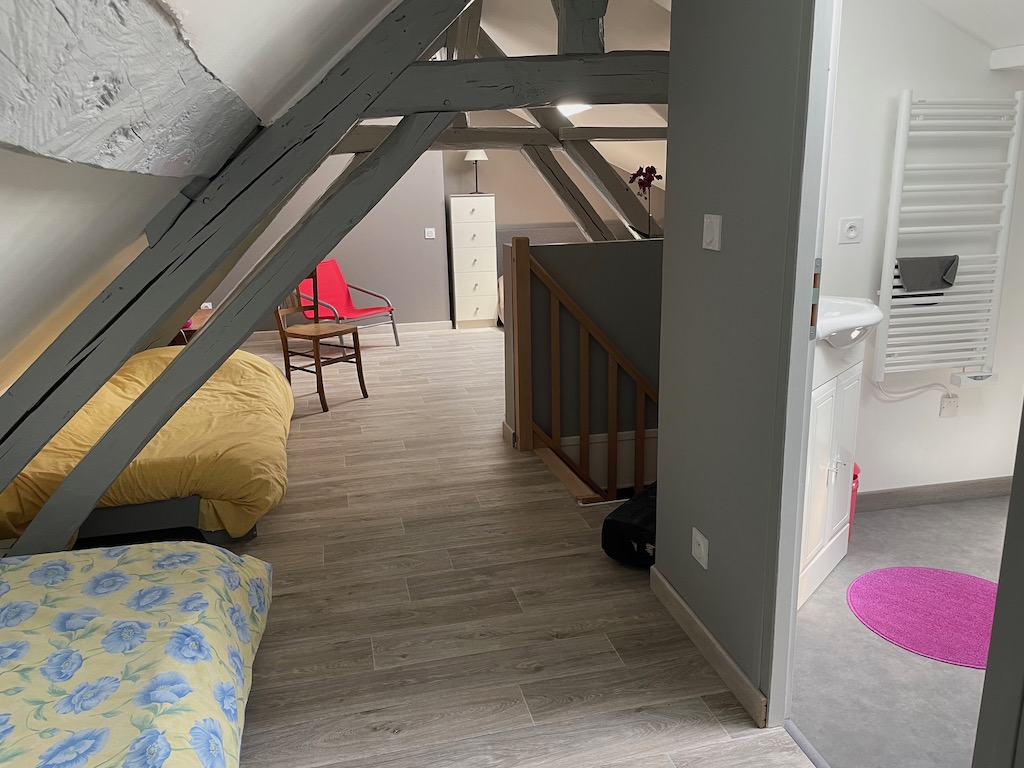 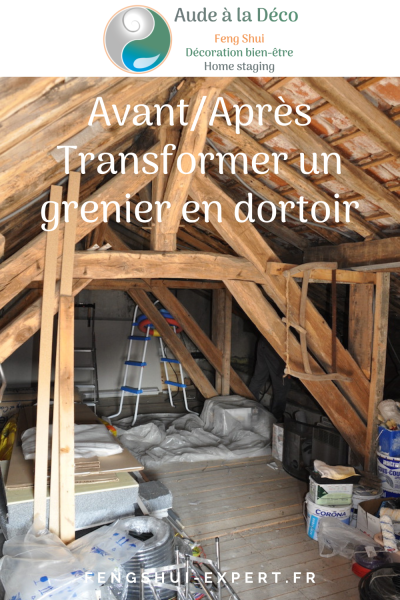